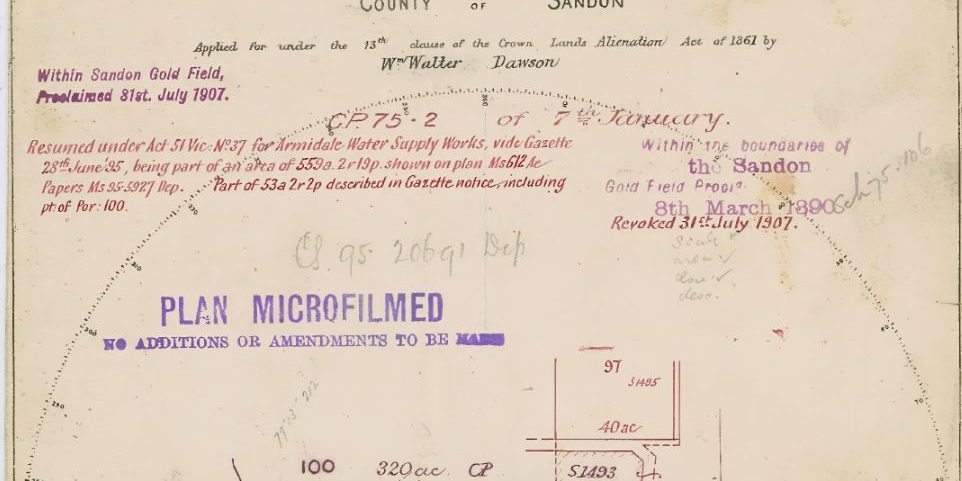 Advances in technology have made crossing large distances quickly and accurately a reality. While Google Maps or SIX Maps provide an indication of property boundaries, the historical process of finding survey marks and monuments is paramount to reinstating boundaries. Large tracts of the New England and North West regions still hold original Crown Plans (c. 1860 – 1900’s) as their current survey plan.

Reference tree – “Peppermint” – originally place in April 1877 – is offset to the corner of a property near Dumaresq Dam. This was measured by Croft Surveying & Mapping in April 2017 (140 years later to the month). The tree is noted as “B “ on the following original Crown Plans. Also notice the ‘negative imprint’ of the chiselled numbers for Portions ↑94 and ↑96 on the remaining part of the Peppermint Tree.

Lockspit around peg historically was used to mark a corner of a property, and a line of rocks placed around a boundary peg in the direction of boundary lines.. This was found near Balala west of URALLA – placed in 1891 – this one narrowly averted destruction during construction of the dam. We are measuring and burying a galvanised iron reference mark to preserve the boundary position for the next surveyor.